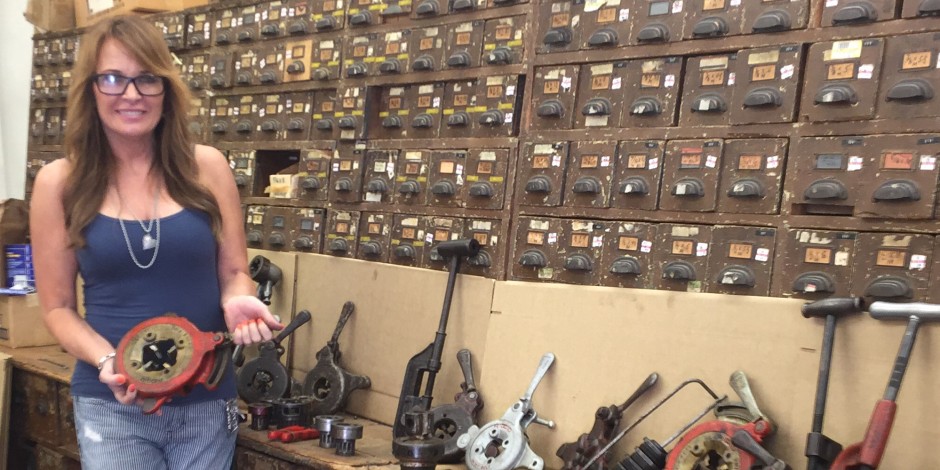 Susan loses her iconic father Dennis Sailer at 92 who worked by himself seven days a week for nine hours a day, until his death on April 8, 2016.

Denny bequeathed the Sailer family with Adams Do it Best Hardware, a 65 year old Tustin California retail store full to the brim with goodies for the do-it-your-selfer. One of everything related to hardware rested in it’s perfect place in Adams on the first day Susan and son Douglas entered the store to open it’s doors a few days after he passed. The entire Tustin community came to show their respects with oodles of tears and stories about Denny and his need to be of service to others, while Susan kept it open for business and reliving her childhood making keys for customers and ringing up customers.

With the help of promotion on Loveline, Mid Day Live on KABC, and the Adam and Dr. Drew Podcast, Dr. Drew, Mike Catherwood and Adam Carolla all sent listeners in to buy items on sale for the final month to buffer the costs and pay sales taxes. The listener flooded the store and made it alive. Finally, after a psychic poll of Calling Out friends, Susan came to the decision to donate the thousands of items to Habitat for Humanity Restores in Orange County and a portion of items to Hillsides in Pasadena. And thanks to the many friends and family members who pitched in to do inventory and pack up the store, all of Denny’s dusty items are prominently featured in the Santa Ana location, as well as the Anaheim Habitat Restore.

On this episode. Psychic Rebel Colby is the Psychic du-jour, and special co-host from THiS LIFE PODCAST, Bob Forrest, and guest Mike Carano taking calls from the Playroom Podz Studio! Mike hears from his sister who recently passed in a tragic accident recently. Dr. Drew makes a cameo because he wants a question answered about his career.

Special blessings go out to Noe at Habitat for Humanity. Without his strength and vision, Adams Hardware would have had died without dignity. We truly appreciate the love and condolences from all who made it in to say goodbye to Denny Sailer, and Adams. FOR SALE AT PASADENA ARCHITECTURAL SALVAGE DONATED TO HABITAT FOR HUMANITY IN SANTA ANA CA Link to this Article Thanks go out to my friends and family for coming to help with this endeavor..

Michelle, Joni, Christina, Cindy, Emily, Lori, Caleb, Steven, Drew, Douglas, Lance, Ken, Lindsay, Kayla, Jack, Jordan, and the Foothill boys. And also thanks to Shelby, Fransisco, Moses, Chris, and Sharon and Nathan and the Habitat volunteers for for pitching in and getting down and dirty! We cleared out so much inventory and it was quite a chore counting every item! 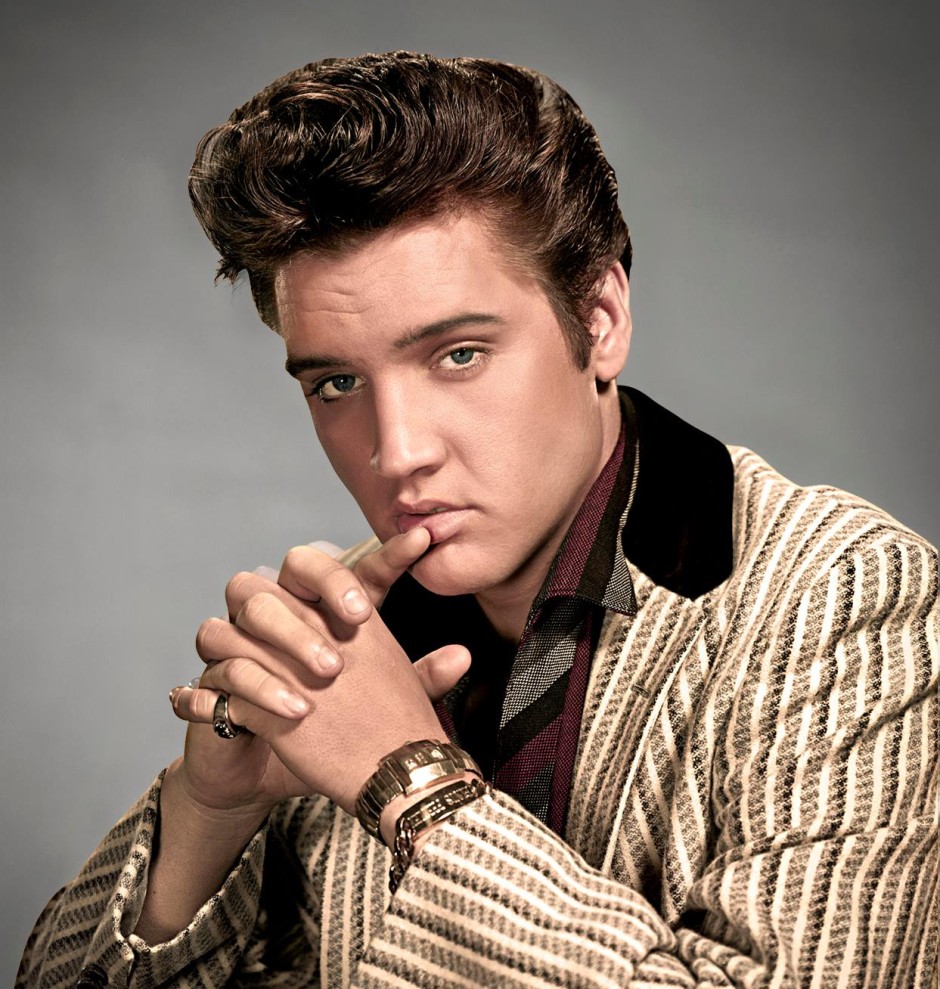 Get the Calling Out App today! For $1.99 a month you keep us going!

What happens when you clairvoyantly peer into the past of a famous Hollywood musician from the late 70’s and early 80s? We spoke with a guy who has had many friends in the music and movie business from the sex, drug and rock n roll revolution days. One whom has been known to do massive amounts of substances, and has nearly died 4 times himself from drug abuse. Since then, Bob Forest has helped thousands of individuals with drug and alcohol addiction, and was a head counselor on VH1 “Celebrity Rehab, with Dr. Drew.” It has always had a difficult job and sometimes heartbreaking line of work when the addiction wins, and his friends succumb to the disease. Bob’s physical lifetime has turned around so many whom are in his own words, “haunted” with addiction. On this episode, we were lucky to speak to some of the people he knew when he was in his prime party mode. Those he met in this world, yet died too soon. They have some messages for Bob. Mediums Rebbecca Fearing and Melissa Cubillas had the opportunity to speak to these greats of the past through Bob’s life experience. We then journeyed into the past of Andy Dick. Andy was one of many of the cast from “Sober House”. Andy, is now living in a Sober Living and brings light and laughter into the Sideshow Studios, and had a moment when he arrived to speak with Mellisa Cubillas over the phone. She carried on into the next segment flawlessly with a connection to two very close friends. And we also spoke briefly with the Beatles and some of the fun loving parental figures and friends related to these two.

Music Extro by Bob Forest, “I Melt With You” from the album Called Modern Folk and Blues. Bob Forrest currently has a Rehab Center called Acadia in Malibu. Second season he helped Steven Adler the former “Guns and Roses” drummer, actor Gary Busey, and the late Rodney King. King  became a U.S. civil rights figure when videotaped in 1991 being beaten by LAPD officers, whose later acquittal sparked violent riots in LA. He unfortunately fell into a pool and drowned by accident but had been using. Actress Tawny Kitaen,  American Idol contestant,Nikki McKibbin, model/actress Amber Smith, and Sean Stewart added to the mix. A spin off in “Sober House” brought Andy Dick, Steven Adler, Seth Binzer, Mary Carey, and Nikki McKibbin together into  Sober Living. This is where Andy showed up.

Season three brought forward model and electro rocker Lisa D’Amato, Heidi Fleiss, a former American madam, the late Joey Kovar from the Real World of Hollywood and the late Mindy McCready,  a Country Western singer who committed suicide after a short stay in a mental facility. Model Kari Ann Peniche,  Dennis Rodman, actor Tom Sizemore, and Mackenzie Phillips who now works at the PASADENA RECOVERY CENTER and has been a guest on CALLING OUT: SEX, DRUGS, AND ROCK N ROLL. Mackenzie was so brave to open up to Lisa Williams, and the information was so valid. Then, at the end of the podcast, Dr. Drew gets a message from late and former “Alice in Chains” bass player. Mike Starr.  Clairvoyant Medium Lisa Williams brought a clear message of love after he passed from an overdose of pain killers. We are so happy Mr. Starr came through for Dr. Drew. It explains the love he had for Mike. This was taped March of 2014.

Bob continued his work season four like a champ, and brought the amazing Janice Dickinson a model, actress, author and agent, and previous guest on CALLING OUT: JANICE DICKENSON.  Jason Davis, Leif Garrett, Jeremy London, Amy Fisher, and Francine “Frankie” Star joined in with Eric Roberts , Rachel Uchitel, and currently sober drug counselor Jason Wahler. Jason was a reality television personality known as a second season cast member on “Laguna Beach, The Real Orange County.” Dwight Gooden was also in this season, a former pitcher, and Jeremy Jackson, actor best known for his role on Baywatch. Jessica Kiper, Bai Ling, Michael Lohan, and Sean Young were all a part of the show.

Our condolences go out to all beautiful people we have lost to this life of substance abuse. Andy and Bob are still active in the community, and thanks need to go out to Shelly Sprague, Jennifer Gimenez, and all the others who were involved in the job of helping these people, and of course to Dr. Drew Pinsky. I am so happy to have been lucky enough to have Andy, Bob, Mackenzie, Dr. Drew on this podcast.  We are so saddened by the losses of all those mentioned, but we also send blessings to those and the hard work each of these survivors have done to stay alive and are thankful for the gift they have of life today. We wish them only the best.

Find us on ITUNES or play it here!