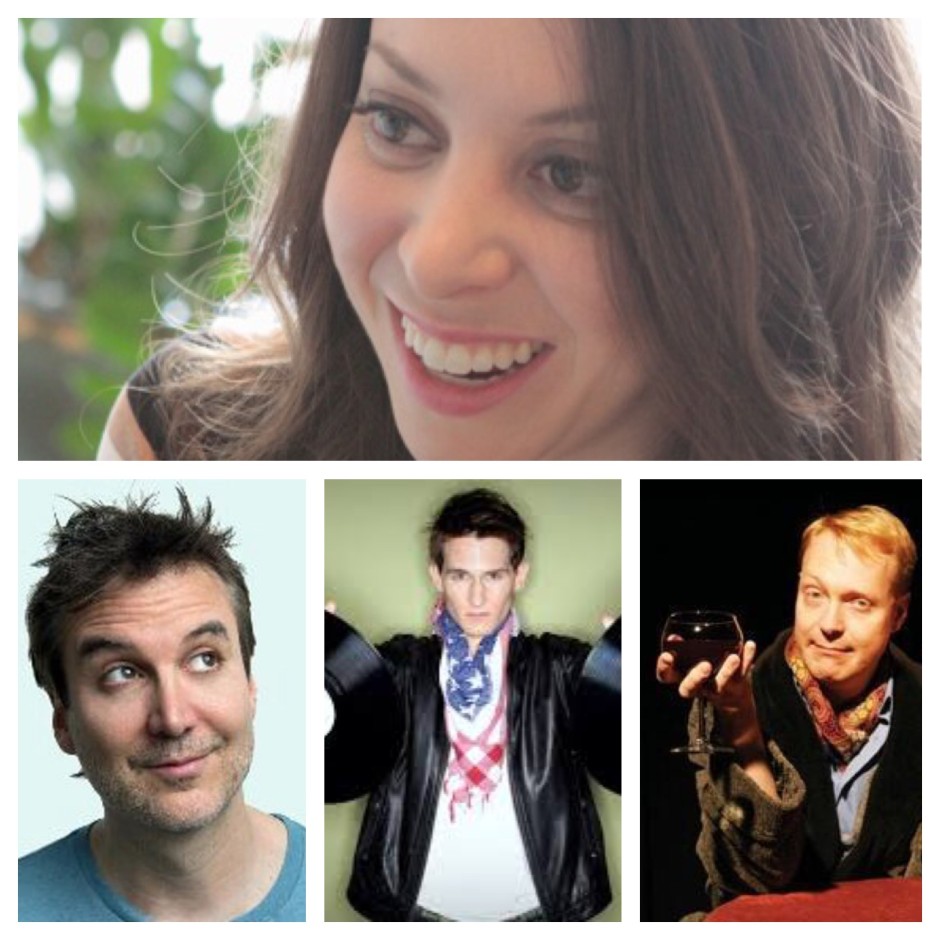 On this week’s  CALLING OUT mobile podcast, we look into the paranormal stuff going on in Pinsky Penthouse with two comics and a psychic medium. Apparently this New York Apartment has some entity floating around causing problems! Medium Calise Simone tours with Brian Scott McFadden and found a closet monster that’s been messing with electronics! After the Podcast  it had a proper cleanse and now everything works again! Brian Scott McFadden is one of the most incredibly hilarious  actor / writer / comedians working today. Often called “The Father of Modern Stand Up Comedy”, a performer as remarkably gifted as he is was a real treat to have ghost busting in my bedroom closet! Brian has also just released his new Comedy CD “What Women Want” available on Itunes.

A passion for raw candid storytelling is Kevin Allison’s amazing ability and he hosts the popular storytelling podcast Risk! (motto: “True Tales, Told Boldly”) which has featured shockingly-honest stories from some of the biggest names in the industry. He opens up to Calise Simone as she calls him out immediately on his addiction and risky lifestyle. He has no skeletons in his closet. He just has spirits guiding him to his next level of success. Music Extro by the talented DJ FLO! Available at www.flosounds.com HUSTLE AND FLO PODCAST ON ITUNES

AND, Check out Brian Scott McFadden on Itunes!