Shanna Moakler is Calling Out 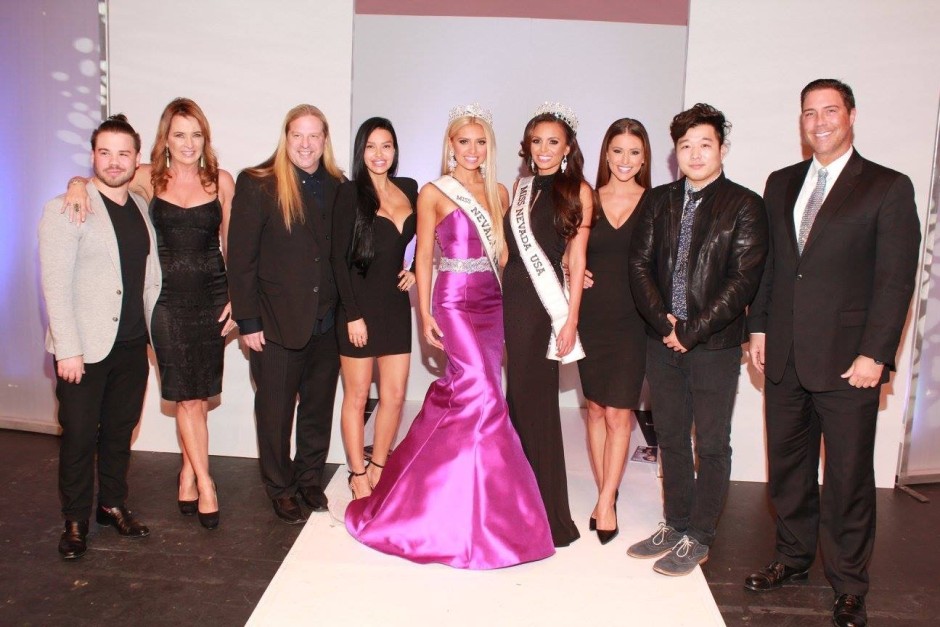 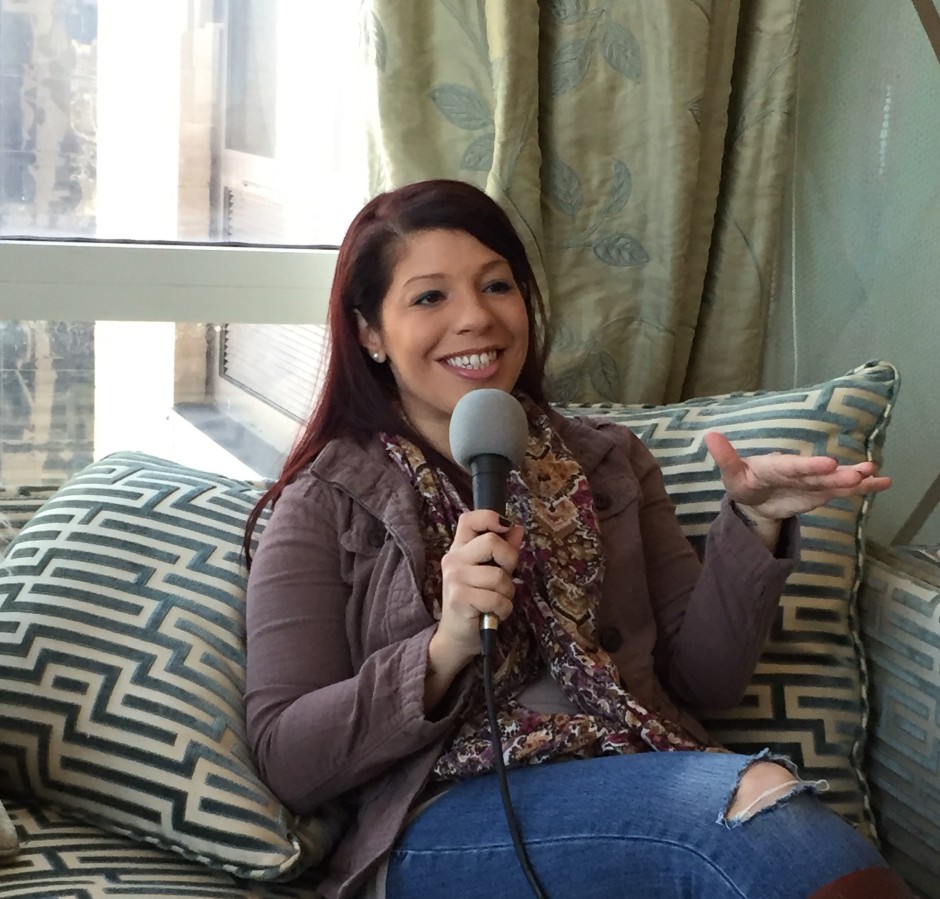 The Peoples Couch on the Calling Out Couch 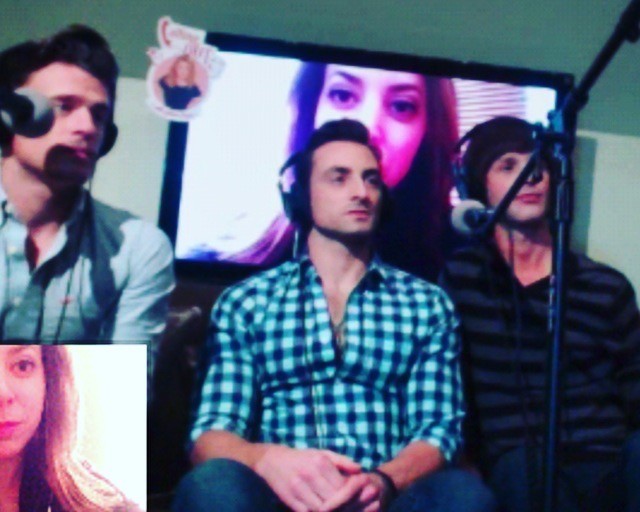 Blake Mc Iver, Scott Nevins and Emerson Collins have some clear messages from no other than Robin Williams and electronic wizard, Gary. Oh, and Scott, please look in the fireplace! Rebecca Fearing and Calise Simone make magic. Music Extro courtesy of Blake Mc Giver, “This is who we are.” Drdrew.com 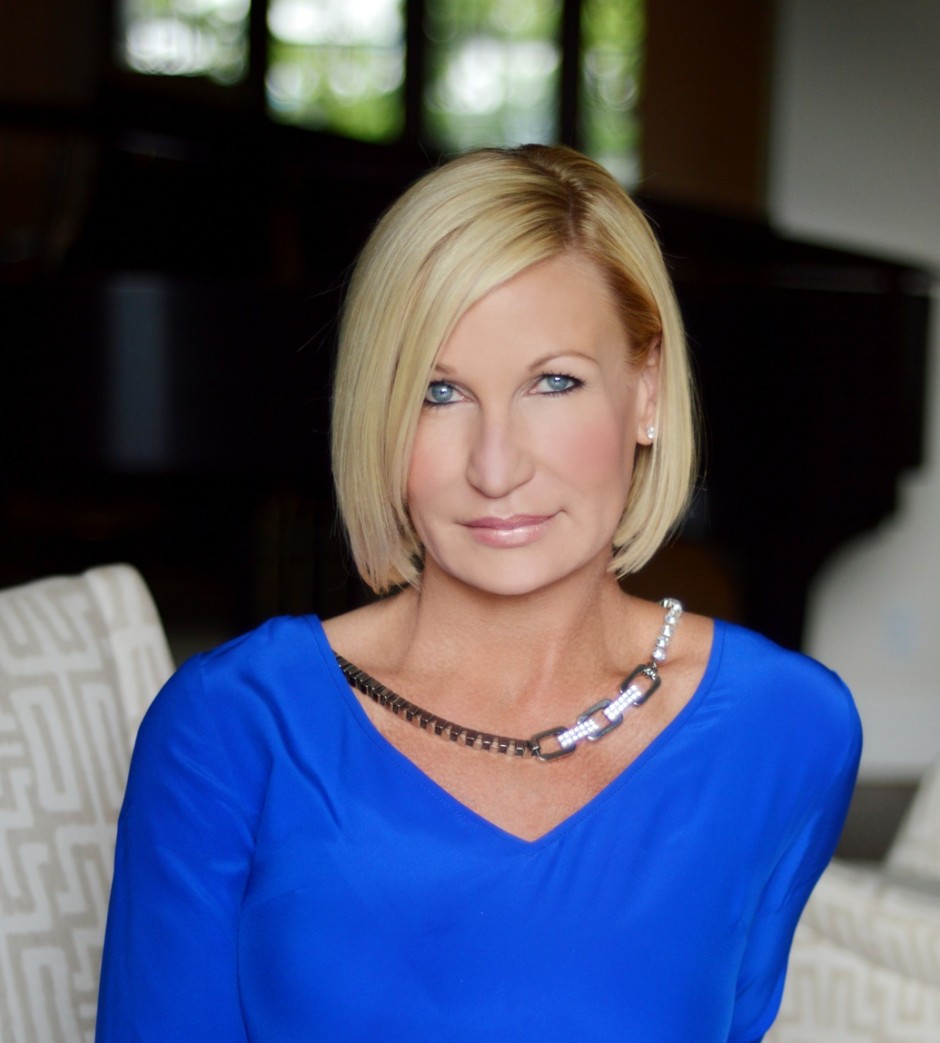 Psychic Forensic Investigator Jennifer Shaffer, Medium A.J. Barrera and Clairvoyant Rebecca Fearing conduct a psychic investigation designed to probe the sudden unexplained deaths, murders and so-called suicides of twelve medical doctors during the summer of 2015.  Is this rash of deaths a federal conspiracy, a series of carefully orchestrated hits, or something even worse?  Produced by Jenifer Barerra. Music Extro courtesy of Ross Bridgeman, featuring “Insomniac” by John Flanagan. Available on Itunes.  Please go to the Cast of Clairvoyants to get a list of my approves intuitives. 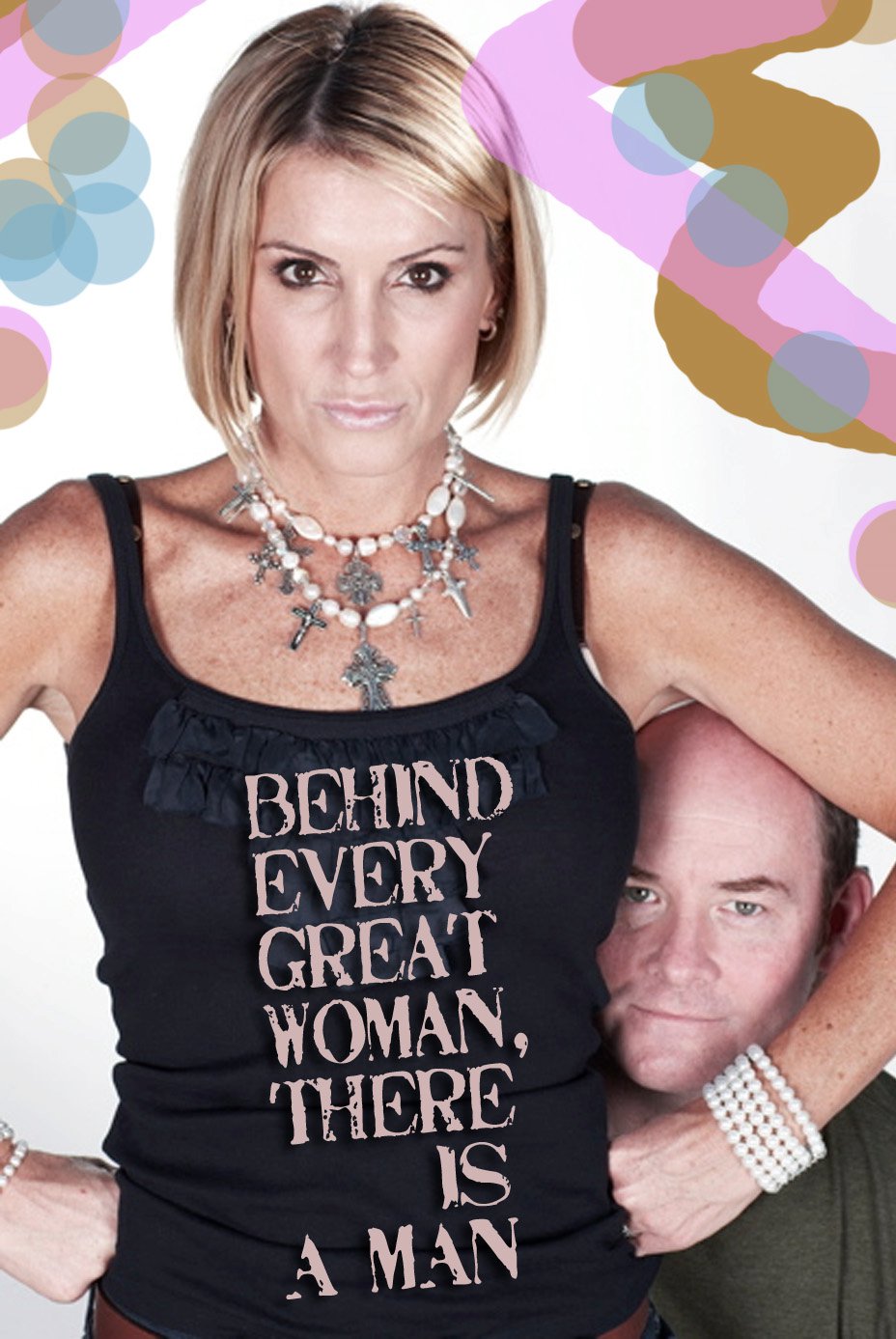 Intuitive Psychologist, Leigh Koechner from Absouluteleigh.com is here today with the smoking hot Aussie rocker Yolanda Thomas who both get a first shot at the Firstladyoflove Playroom Podcast! The talented  Psychic Medium Calise Simone connects Leigh to her beloved Mrs. Wiley and Yolanda has a big fan in the celebrity spirit world! The Prince is here! He also wanted to speak to a William, and we are curious who that may be. Perhaps, Will I Am?

After the podcast, Leigh was a little discouraged her message was less exciting than Yolanda’s. However, she is trying to be nicer to her husband Dave Koechner while raising 5 kids! We all need to be a little nicer to our soul mates here on earth! It’s not always easy! Spirit calls us out and makes us more aware. Leigh is a great sport and will be back! Yolanda has won two LA music Awards, and according to MJ,  has a bright future ahead. Click on her photo to get all the updates and be a part of her rise to the top.

Listen to her song, “Lock up Your Sons” at the end of the podcast.

A brief declaimer regarding sound on this episode. We have set up a new studio called Playroom Pods, and are working out the details. I am now the podcast provider, sound engineer, editor and producer on top of everything else. And somehow I still am able to be kind, sort of, to Dr. Drew. Hope to have better audio in the future. Thanks for your continuos listenership, and we hope to have many more episodes in the future. Tell a friend.

El Chapo and the return of Gina Grad 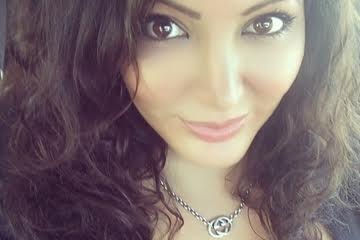 The beautiful and talented radio personality Gina Grad from ‘Mark in the Morning’ on 100.3 F.M. in Los Angeles is back in the Sideshow Studio as a Celebrity guest! Gina is also currently very well known for her role as the news girl from the ever so popular podcast, ‘The Adam Carolla Show.’ And possibly more famous as our original co-host of ‘Calling Out!’

Psychic Mediums Sally Morgan and amazing clairvoyant, Calise Simone give Gina a thorough reading from a long distance and both make some great predictions and bring her connections to her spirit friends.

Gina also seriously wants to know how notorious public enemy drug lord, Joaquin “El Chapo” Guzman escaped on July 11 from a Mexican prison. And, whether Donald Trump has a chance in the primaries as a presidential candidate. New Celeb Psychic Sally Morgan and author of ‘Call Me Psychic’ skypes in from England to the Sideshow studio to give her intuitive account of the ‘El Chapo’ escape and his whereabouts thereafter. This was taped July 14,2015, and this recording posted a week later. Already her predictions have proven valid as of July 21. Interesting and incredible premonitions you have to hear!

In her best selling book, Sally shares her gift and gives insight into the amazing readings she gives. She shares the intimate details of her struggle with morbid obesity and the life-changing surgery she underwent to save her life. She talks openly and honestly about the 18-month battle she fought to clear her name and also reveals the death threats and hate campaign she was subjected to after her family was plunged into scandal.

With a vast national and international fan base Sally has performed to sell-out audiences at over 800 venues in the last seven years and is embarking on an eighth, 120-date tour in 2015. My Psychic Life, and follow-up books Healing Spirits and Life After Death were Sunday Times top ten bestsellers.

Follow Calise Simone on Twitter @CaliseSimone, and Sally @SallyMorganTv or @PsychicSally and also find Sally on the Web at sallymorgan.tv and check out her book! Calise is in out Cast Of Clairvoyants and available for a reading. 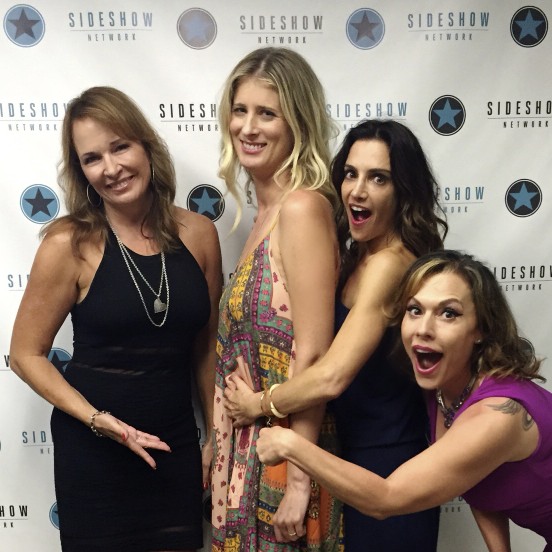 Girls ruled this week. “Sex with Emily” podcast entrepreneur, brings Emily Shotwell into our circle of psychic influence to hear what she already knows about herself. Find us on ITunes by clicking on us! You know you want to!

Psychic Rebel Colby in studio to give her third eye insights for Emily squared. New York based clairvoyant, Calise Simone, makes it all so much more proper. We tried to avoid going above a PG rating. The use of the word penis did occur. Useful term. Loved the level of estrogen, (except for me) in the Sideshow Studio. Periscope comments are always so entertaining! Emily is getting a ring! You can “wear my sweatshirt”, if Emily makes it for you!

Extro Music “Sweatshirt” courtesy of my babies, Rayvon Owen and Ross Bridgeman. Rayvon is on tour with American Idol this summer. And special Happy Birthday wishes to BFFs Jennifer Shaffer, and Ross and Rayvon this week! Don’t forget to go to Plated.com/Susan to have pre-packaged and healthy recipes sent to your doorstep so you can prepare a fabulous meal in minutes! I introduced my son Douglas how to use PLATED this week, and he was so happy to learn how to cook this amazing recipe. We were amazed at the convenience and he felt so proud of himself. 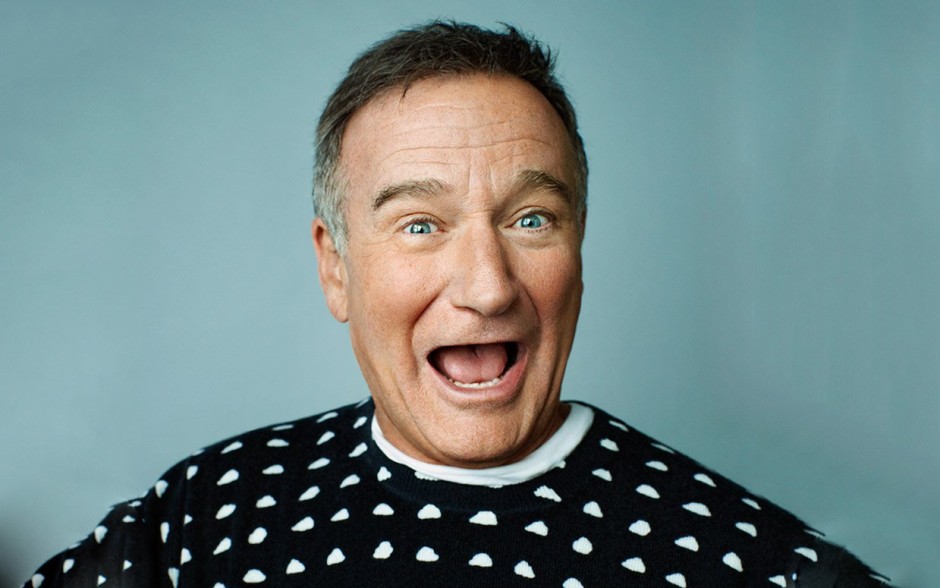 We love Andy Dick! He has amazing connections in the living and the dead. His adorable single friends joined us on this weeks episode to get some psychic future love advice from Psychic Rebel Colby and Melissa Cubillas, Aka MC.

Screenwriter and producer or THE HEAD THEIVES, Mike Hermosa, and PJ joined us in studio. And we finally connect with the late Robin Williams. I have really been honored to have Andy in studio and his life means so much to us all.

PJ, Mr. Blue Eyes, connects to his late partner and gets some clarity on her death. Facebook caller Monica makes a second appearance.

Catch us on Itunes, and don’t forget to check out Plated.com/Susan for the best fresh home delivered recipes in the world!  Look what I made! Plated.com after! SO EASY!

Music extro Courtesy of Rayvon Owen from American Idol. You can see him live on tour with Idol starting this summer. Go to Americanidol.com for details. 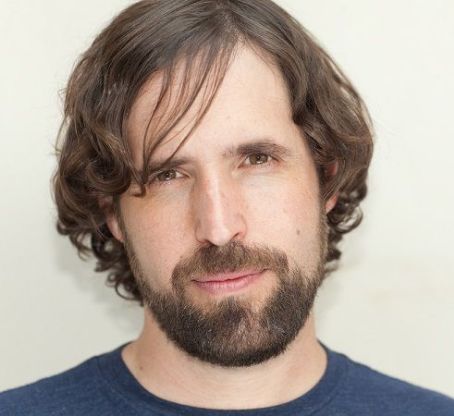 This week’s guest, Comedian Duncan Trussell from the Duncan Trussell Family Hour Podcast and Drunk History is skeptical about this process until the Psychic Rebel and Rebecca Fearing tap into his mind.  We have a great time making his past, present and future come alive. We also understand Duncan’s feelings about marriage and that he looks forward to children.

Calling Out is Available on Itunes This episode has been brought to you by

Affordable Comfort and easy set up! 100 day trial and money back guarantee.

Calling Out would like to congratulate Joseph and Elisabeth whom were married on May 31, 2015, the day after this podcast was taped.  We could not place the names during the show, but it all made sense the next day when I was sitting in a majestic and holy Greek Orthodox church during the ceremony. Susan, Elisabeth and Joseph were all mentioned during our pod and I didn’t  pick up the cues as someone was shouting my name. Zoned out with Jet Lag, I suppose. Duncan was not sure who they were, and I had a feeling it was for me. We want to wish them all the best in their life together, and let them know their ancestors were there for them as well to give a shout out. Spirits love a great party, and I have to say this was the biggest event I have ever attended. We want to thank Daddy Tony for the hand selected single barrel bottle of Jack Daniels we were handed on the way out. Drew has a hangover today! Doesn’t happen often. God Bless. Also, after the podcast, I had the pleasure of having dinner with Rebecca Fearing. She had actually never heard the Serial Podcast, and looked into it while we dined because people were asking her about it. She told me the entire story verbatim and saw Hae Min Lee and Christina Gutierrez standing behind me after she started her story. I can’t tell you how weird that is, and I think the two of them want to show the real killer. According to Rebecca she believes he was an older person. Not at the hands of Adnan.

She asked if Hae was a pretty Chinese girl, and asked who Chris was. She also said someone with a J name is suspicious. I think Rebecca bowed out of the Calling Out show in the beginning because she was super busy. Now that the case is open again, and the podcast is coming back, I would be interested to hear what they find. Rebecca also mentioned Hae was strangled in an apartment and was on a tile floor when she passed, and then transferred. I believe we had another psychic say the same thing. And there was something about drugs and sex that Hae was not happy about. She knew something and may have been in the wrong place at the wrong time. She mentioned Christina feels bad and wants to solve this once and for all and wants our help, and since Drew was sitting next to me, she said she wanted Drew’s help too. Good luck with that!  I can’t imagine how Ms. Fearing got every detail without ever hearing the podcast. Crazy.

A firetruck just went by just now as I write this, and ironically that happened during both Serial Pods we recorded about this subject. Hi Christina! We wish the Adnan all the luck in the world. And may Hae and Christina finally rest in peace if he goes free.

Check us out on ITunes!

Ivory May is Perfect 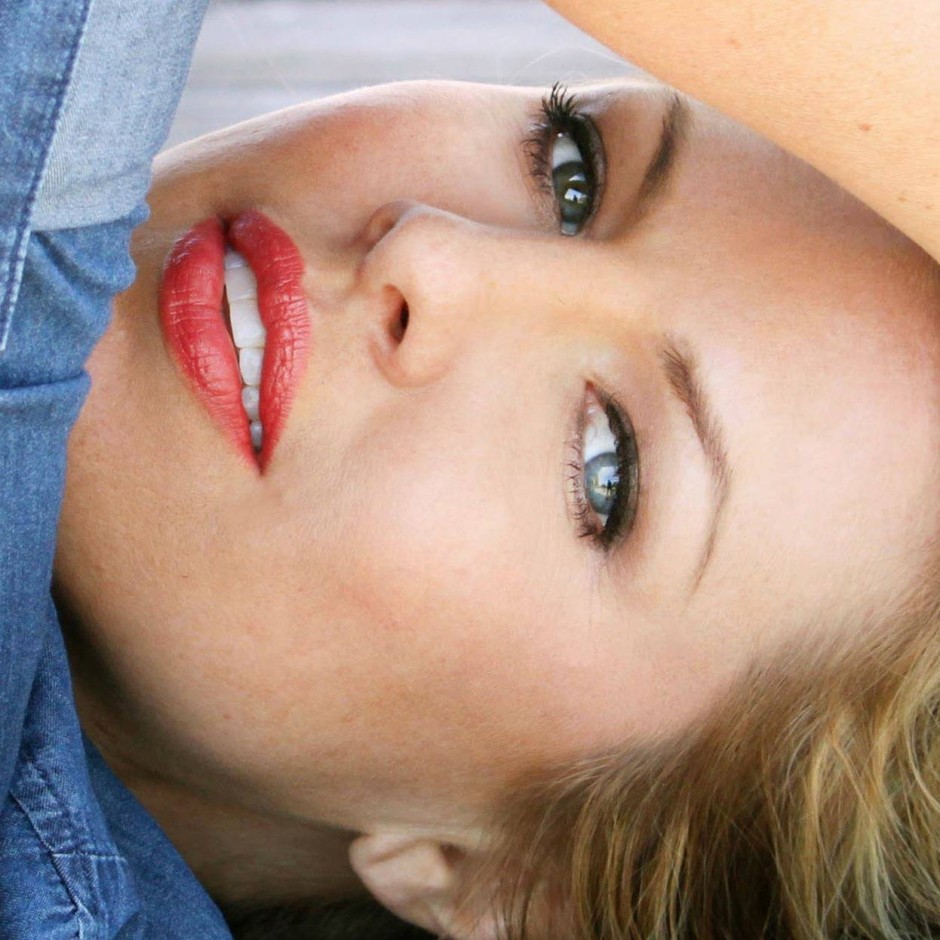 Ivory May, anti body shaming activist and plus size model/actress,  joins us in studio with Psychic Rebel Colby and Jennifer Shaffer. Dr Denise McDermott is our co-host and brings her medical insights for this episode’s Facebook callers. Here on ITUNES with his debut of PERFECT and you can find more of Osa’s Music on soundcloud.com/osavirtuoso